Categories: 21 and Over Free Music

Martin's Downtown and FloydFest Present … 'FloydFest Showcases' every Thursday night in May and June at Martin’s Downtown in Roanoke!

Across-the-Way Productions/FloydFest will be at the show to boogie AND to bestow a FloydFest 19~Voyage Home (July 24-28, 2019) ticket on a lucky attendee!

Tuatha Dea, The Appalachian, Celtic, Tribal, Rock Band (and family) from Gatlinburg TN has been called pure primal energy with a Celtic, World and ROCK twist. The bands eclectic sound blends the tribal vibe of primitive drums with conventional and non conventional instruments to create a real evolutionary musical crossover that defies category and genre! Combining primal rhythms, melodic and ethereal ballads, screaming guitar riffs with an Appalachian/Celtic vibe this FAMILY born of a family drum circle delivers an authentic tribal and clannish feel that not only draws the audience into the music but into the moment and clan as well. Their rhythmic groove and interaction naturally inspires audience participation which has become a staple of their performances. From the beginning the band has embraced its Celtic heritage and meshed the traditional music of Scotland and Ireland with their own bold blend of mainstream rock, mountain drumming and Appalachian blues to produce a truly unique sound that has a universal appeal! Dubbed "The Eclectic Steam Punk Partridge Family in Kilts and Corsets" and "The Appalachian Fae", this band is REAL family!!!

In 2014, the band released their 4th CD which is associated with the novels of recognized published Sci-Fi- Fantasy Author for Tor Publishing, Alex Bledsoe. {The band appears as characters in his 3rd book in the series "Long Black Curl"!

Tuatha Dea won the The Hard Rock Rising competition 2015 in Pigeon Forge with their unique sound and energetic stage show and is the only Celtic/Steam Punk styled Band to place and remain in the running to compete in Barcelona Spain. Last year, Tuatha Dea placed #15 out of the 10,000 bands that competed worldwide in Hard Rock Rising's 2014 competition.

Tuatha Dea is an Old Irish phrase adopted from the Celtic mythology of the Tuatha de Danaan whose literary history originates in Ireland and Great Britain. The name “Tuatha Dea” literally translates into “Children of The Gods”. The band’s Celtic influence stems directly from this historical clan which lived and ruled for a period in ancient Ireland and who were later destined to become the stuff of legend and basis of Celtic mythology. Those who dwelt beneath the burrows. The Children of The Gods. 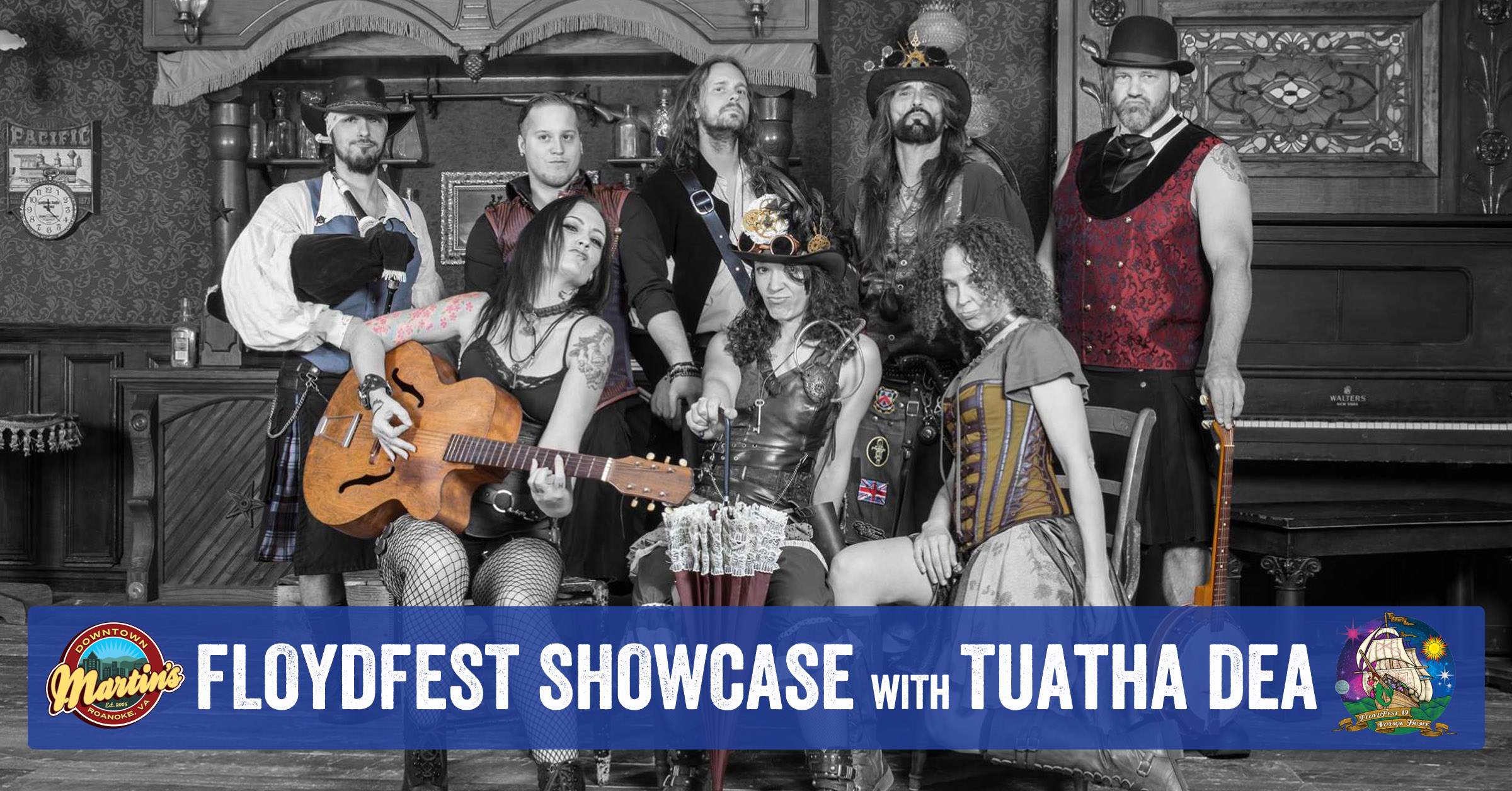